In 2015, Showorks has been a trusted partner for some high profile TEDx events.  Recently, the Delaware Nature Conservancy hosted some engaging TEDx speakers at Winterthur Museum.  Showorks delivered a first class set and stage for the event along with the audio, video and lighting needed to produce the live event and the You Tube video.  You can view the videos below:

View the video to see how you can use the building block approach of Microtiles to create an exciting new look for your stage. 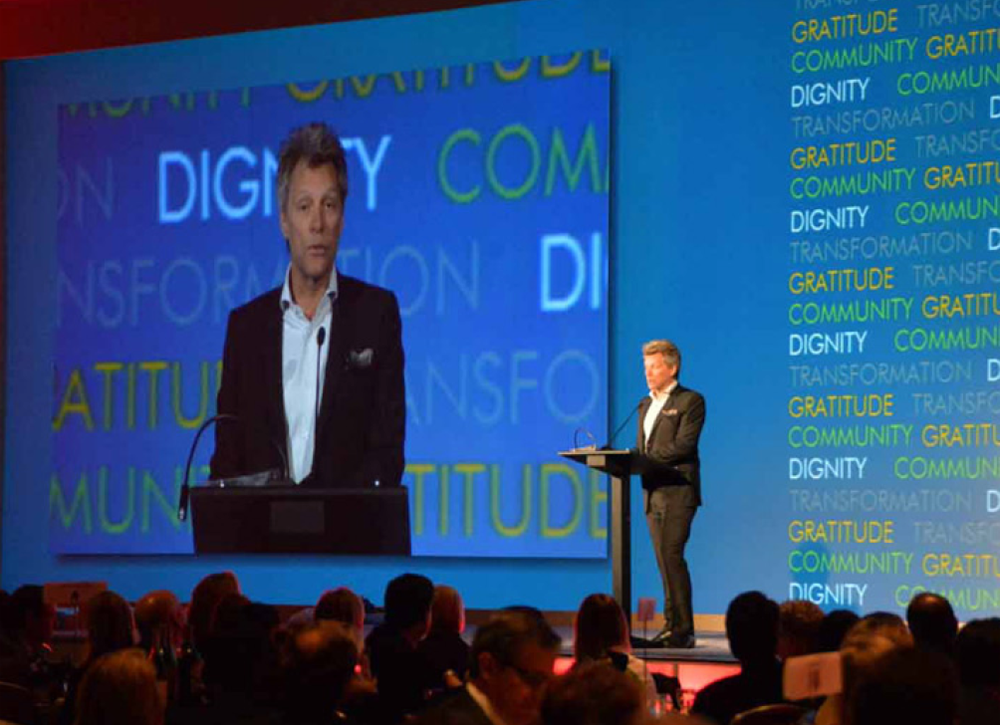 Showorks recently played an important role in delivering the audio visual capabilities for the Project Home 25th anniversary celebration in Philadelphia. The gala event at the Marriott Downtown Philadelphia featured Jon Bon Jovi who was on hand to celebrate the fight towards ending homelessness in Philadelphia. While many are still homeless, Bon Jovi helped Project Home take a huge step forward with his gift of $20 million in support of SBJ Soul Homes, a project that led to the opening of 55 new units of affordable housing.

For its part, Showorks provided a monster sized video production. Under the direction of world-class Senior Producer Fred Stein from Philadelphia-based Creative Group, Showorks delivered a visual spectacle on a 72-foot wide screen. The Showorks team led by Kevin McKinney utilized a wide range of staging equipment to produce the crystal clear high definition image magnification. Equipped with a Vista Spyder X20, Showorks was able to deliver fantastic images greater than 20 feet wide to the delight of the audience. The Spyder X20 is believed by many to be the world’s most powerful video processor and presentation switcher. Over 1,500 guests in attendance were treated to a visual ‘candy show’ highlighted by a finale featuring seven picture-in-picture images flawlessly blended on the 72-foot screen while high definition sound filled the venue.